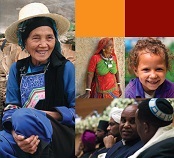 The Forum on Minority Issues in Times of Humanitarian Crisis

On November 24 and 25, 2016, IIMA attended the 9th Session of the Forum on Minority Issues titled, “Minorities in situations of humanitarian crises” in Room XX of the Palais des Nations. The forum on minority issues was established, pursuant to Human Rights Council resolution 6/15 of 28 September 2007 renewed by resolution 19/23 of 23 March 2012, to provide a platform for promoting dialogue and cooperation on issues pertaining to national or ethnic, religious and linguistic minorities, as well as thematic contributions and expertise to the work of the Special Rapporteur on minority issues.

While the Forum meets annually for two working days allocated to thematic discussions, this ninth session reflected on the specific needs of, and disproportionate impacts on, minorities in times of humanitarian crisis such as conflict, disaster and pandemics.

The first day provided an overview of the legal framework and discussed the key factors that lead to humanitarian crises that have a disproportionate impact on minority groups while the second day focused on identifying the needs of minorities during humanitarian crises and on how to prevent minorities from being socially and economically left behind at the recovery stage of crises.

The Special Rapporteur on minority issues, Ms. Rita Izsák-Ndiaye, reminded the audience that the scale of global humanitarian needs is higher than ever. As of December 2015, there were an estimated 125 million people in need of humanitarian assistance worldwide. Ongoing humanitarian crises in the Syrian Arab Republic, South Sudan and Iraq, and other natural disasters and epidemics, including the Ebola virus disease outbreak in West Africa, have affected the lives of tens of millions of people.

By the end of 2015, 65.3 million individuals were forcibly displaced worldwide, the highest number to date, as a result of persecution, conflict, generalized violence, or human rights violations.  There is, however, no exact data on how many minorities are affected by crises and when many people go out of area, they become uncounted for as situations change rapidly and population data are often lacking in the most crisis-prone settings.

The second day addressed how to prevent minorities from being socially and economically left behind at the recovery stage of crises and the challenges faced by minorities seeking to return to a situation of normality after a crisis has ended, for example, when returning to their place of origin or finding a new settlement after displacement.

Promoting and protecting the rights of minority persons have been demonstrated to be an effective means of conflict prevention and resolution and for building stable inclusive societies in post conflict situations even if in most countries this principle is far from being realized and discrimination and exclusion are the root causes of many conflicts.

Effective prevention should include dialogue among all sectors of society, confidence building and a fair distribution of resources as well as an effective participation by minorities in public life is an essential component of a peaceful and democratic society.

In his final remarks, Dr Mario Yutzis, Chair of the Forum declared how the media allows us to know the challenges that people are facing around the world and that all institutions need to be involved because there is no group or State alone that is able to resolve the humanitarian crises we are facing and we need to overcome individualistic tendencies and work with holistic approaches and different perspectives.