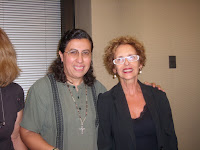 From 13th to 21st April 2011, the UN Special Rapporteur on the right to adequate housing, Ms. Raquel Rolnik, is visiting Argentina where she has met members of the civil society.
Our Institute, through the Human Rights Office of ARO Province in Argentina, participated in one meeting. In fact, Sister Rosa Silvia Sidasmed, FMA in Argtentina, presented a detailed report concerning the situation of campesinos and indigenous people, who lived in the North of the country. 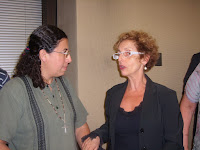 “Being there where policy are decided”, “New borders”, “Contributing to show injustices and forgetfulness”… These are very strong and encouraging expressions that let us benefit by these opportunities of sharing what we see and hear every day at an international level. On April 14,  Sr Rosa Silvia Sidasmed, on behalf of our Institute, had the opportunity to meet with the Special Rapporteur and to share with her the problems affecting campesinos and indigenous people in the North of Argentina. Sister Rosita brought to the Special Rapporteur attention both the improvements realized and especially ambiguities and explicit violations of human rights. She reported not only the violation concerning the right to adequate housing, but also other violations interrelated to other human rights, like education, health, property, forced evictions, lack of access to water, discrimination, etc…
During the two hours meeting with the Special Rapporteur, Sr Rosa Silvia Sidasmed presented her detailed written report, describing some real cases of violations, supported by a photographic documentation.
Her intervention was particularly appreciated by the Special Rapporteur because the violations denounced by the FMAs were the only one related to the difficult situation of rural and indigenous populations. Contrariwise, the other organizations, the majority of which came from Buenos Aires, focused on urban problems.
Furthermore, on April 15, the Institute has been invited to participate in the Assembly and the open audience where other organizations will be received to share their experiences on the same issues with the Rapporteur.
Sister Rosita expressed her personal appreciation for this opportunity, saying: “I thank Sister MariaGrazia Caputo and the young professionals who work successfully with her at the Human Rights Office in Geneva. This office links the activities carried out in different countries worldwide, and allow us to make hear the voices of those who are rarely heard.