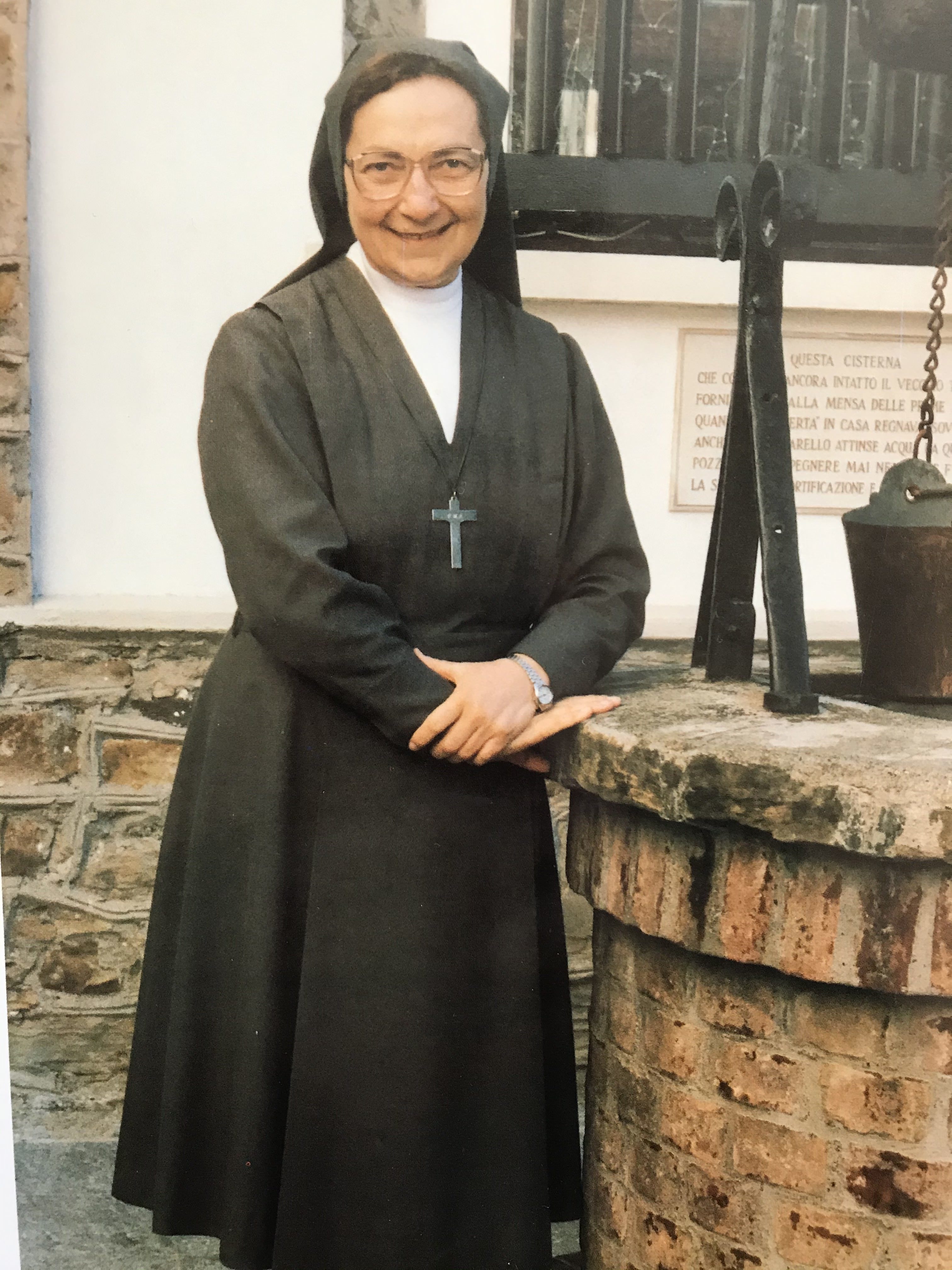 of the Institute of Mary Help of Christians

On July 1, 2019, Mother Antonia Colombo, emeritus Superior General of the Institute of the Daughters of Mary Help of Christians (Salesian Sisters of Don Bosco) passed away at Varese, Italy. She was born in Lecco, Italy on April 12, 1935. She made her religious profession on August 6, 1959 and in the same year she graduated in Law. She then taught Law for one year at the International Institute of Pedagogy and Religious Sciences. From 1960 to 1963, she studied Applied Psychology at the Catholic University of Leuven in Belgium graduating in 1963. From that year until 1989, she was a professor and then became the President of the Pontifical Faculty of Educational Sciences “Auxilium”[1], first in Turin and then in Rome. Her keen intelligence and her cultural and spiritual richness contributed to the development of the Faculty. One of her remarkable contributions was the deepened study of the education of the woman and the Marian face of the Institute. In 1989, she was nominated Provincial of the Southern Province in Taranto. In 1990, at the Institute’s General Chapter XIX, she was elected as a General Visiting Councilor and in the next General Chapter XX (1996), she was elected as the Superior General of the Institute and then re-elected for a second six-year term in 2002.

As Superior General of the Istituto Figlie di Maria Ausiliatrice, Mother Antonia was committed to humanizing culture and relationships in the light of the message of Jesus and the Salesian charism. For this she promoted among the 14,000 members of the Institute, the commitment to active citizenship so as to help build human coexistence under the sign of a civilization of love and peace. She believed that living in a globalized and interdependent society every choice has a global resonance.

She promoted the reflection of the Institute on how to be a more significant presence in the different socio-cultural contexts where the members work. In agreement with the General Council, the reflection resulted in the creation of the Human Rights Office based in Veyrier, Canton of Geneva, Switzerland in 2007.

The Human Rights Office was a prophetic response to the need of the Institute to have a space dedicated to human rights education, following the social perspective of the “preventive system” present in the Guidelines for the educational mission of the FMA. It constitutes a means to raise awareness within the Institute, which is called to protect and promote the human rights of the poor, vulnerable, and marginalized people.

The Istituto Internazionale Maria Ausiliatrice (IIMA) obtained from the UN Economic and Social Council (ECOSOC) the Special Consultative Statusin 2008. In this way, as envisioned by Mother Antonia, the IIMA Human Rights Office can promote the right to education and human rights educationfor all, especially of the most vulnerable groups such as children, youth, migrants, refugees, indigenous people, minorities, and those living in difficult situations. (Cfr:Lettera di M. Yvonne Reungoat, 8 settembre 2019, Roma e Circolare alle FMA n. 982)