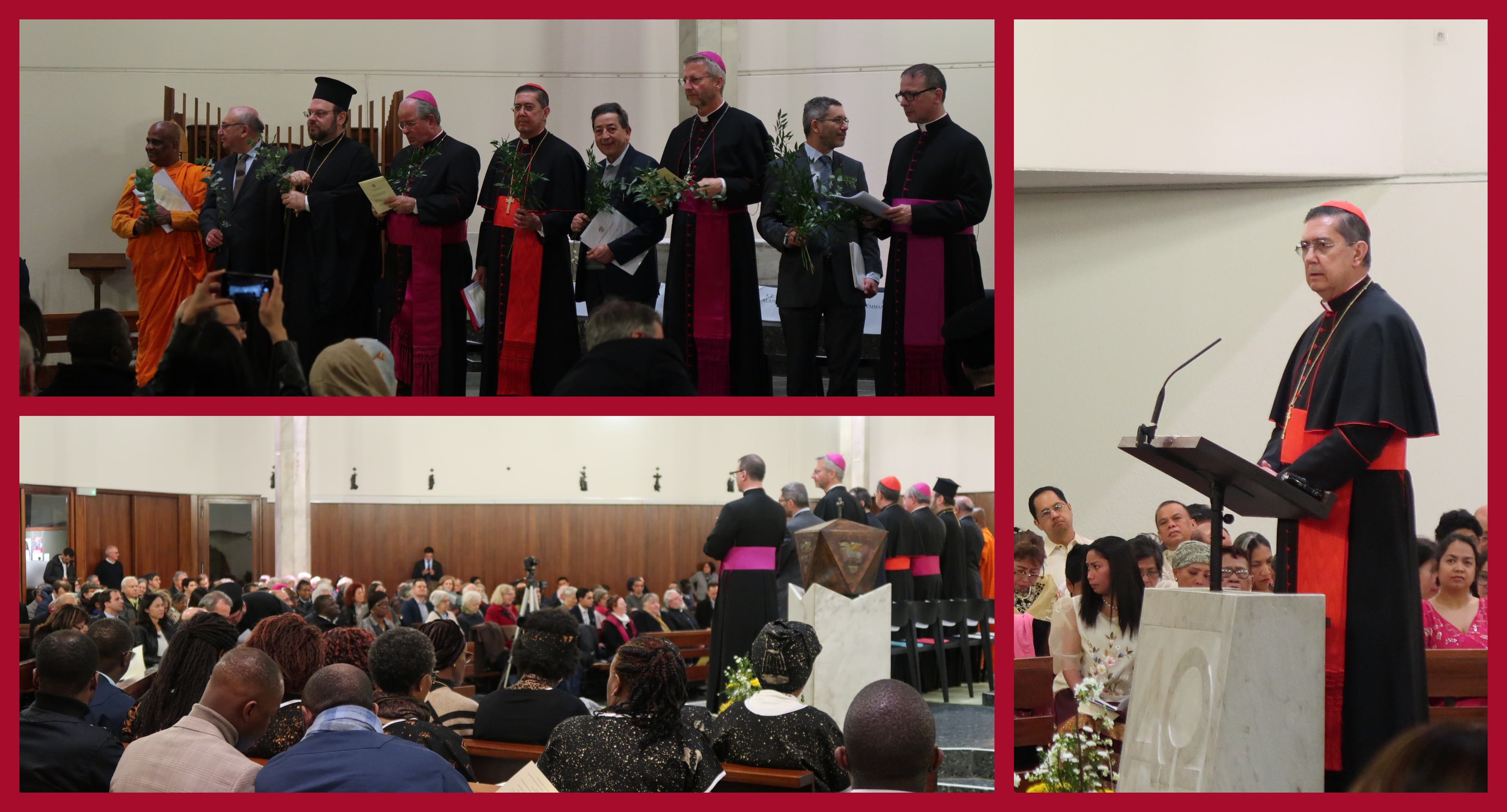 On 28 January 2020, Buddhists, Jews, and Muslims joined Christians to pray and reflect on Pope Francis’ message for the World Day of Peace 2020 entitled “Peace as a Journey of Hope: Dialogue, Reconciliation and Ecological Conversion” at an interreligious service held at Saint Nicolas de Flüe Church in Geneva. Present also in the said event were dignitaries of Permanent Missions, UN personnel, and the faithful.

The Apostolic Nuncio and Permanent Observer of the Holy See to the United Nations, Msgr. Ivan Jurkovič opened the ceremony and welcomed all the representatives of the distinct faiths and guests.  He highlighted the centenary of the first meeting of the League of Nations in Geneva this year and its significance to the challenge of strengthening multilateral diplomacy. Furthermore, he underlined how dialogue and mutual trust are crucial in the pursuit of authentic peace and genuine fraternity.

The representative of the Catholic Community, Cardinal Miguel Angel Ayuso Guixot, President of the Pontifical Council for Interreligious Dialogue, stressed the importance of this gathering of various religious traditions which is a kind of “exchange of gifts” among believers, for it is a reminder, first of all, that prayer is the common language of all religions. He also encouraged religious leaders to continue to deploy the “weapon” of prayer in order to work for peace, solidarity, and fraternity for upon which the life of men and women in this third millennia rest.

The other religious leaders present were Rabbi François Garaï of the Liberal Jewish Community of Geneva, Ven (Dr) Tawalama Dhammika of the International Buddhist Center of Geneva, Pastor Emmanuel Fuchs of the Protestant Church of Geneva, H.E. Archimandrite Maximos (Pothos) of the Metropolitan of Switzerland (Eastern Churches) and Cheikh Khaled Bentounes, the Honorary President of AISA International NGO who represented the Muslim Community.  All of them were one in affirming that peace is a path of hope built on the commitment to open ourselves to the other and to mutually recognize the dignity inherent in each human person. Peace comes, first and foremost, from personal inner peace before it is irradiated to others. This was highlighted by one of the religious leaders in his speech, “where the Lord has placed us, we must become peacemakers with our words and gestures, which may sometimes be very simple but can shatter the culture of threat, rejection, self-withdrawal, and can be an incentive of respect and encounter.”

The invocations called upon peace and reconciliation, mutual listening, search for authentic fraternity, ecological conversion, and culture of gratitude. They were delivered in Arabic, English, Chinese, Spanish, French, and Russian. The whole interreligious service was animated by the singing of the African Choral and the Philippine Choral. Msgr. Alain de Raemy, the Auxiliary Bishop of Lausanne, Geneva and Fribourg, gave the benediction and the missioning to be channels of peace.  He also led those present in praying St. Francis of Assisi’s Prayer for Peace.