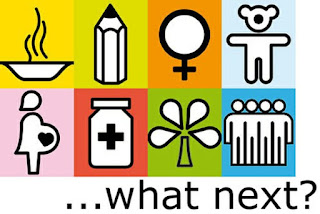 “HUMAN
RIGHTS MUST BE AT THE CENTRE OF THE POST 2015 AGENDA” affirmed UN High
Commissioner for Human Rights, Navy Pillay, in her Open Letter to all Member
States on Human Rights and Post 2015 Agenda on the 6th of June,
2013.
According to
the High Commissioner, “some of the most
celebrated Millennium Development Goals success stories since 2000 are now
sites of mass protest decrying widespread deprivation, repression and
inequalities masked by the narrow models of economic analysis that have
characterized development approaches in the pre-2015 period. The message is
clear: economic growth is not an adequate measure of development.
Rather, equality matters, the environment
matters and human rights matter. So do good governance and anti-corruption. The
real test, to a growing global population demanding a life of dignity, is the
degree to which they are able to enjoy freedom from fear and want, without
discrimination.”
The Millennium Declaration, adopted in 2000, recognized the link
between human rights and development. The UN General Assembly’s High-level
Plenary Meeting on the MDGs in 2010 (The MDGs Summit) reaffirmed that respect for
all human rights, respect for nature and shared responsibility, are essential
for achieving the MDGs. The commitment was further reaffirmed by Member States
in the 2012 Rio+20 Conference, where States emphasized their responsibilities
“to respect, protect and promote human rights and fundamental freedoms for
all”. They also stressed the need to reduce inequalities and acknowledged that
democracy, good governance and the rule of law are “essential for sustainable
development, including sustained and inclusive economic growth, social
development, environmental protection and the eradication of poverty and
hunger.”  But the weakness of systems
created to monitor and report on progress, and the absence or underuse of
mechanisms for reviewing and ensuring compliance, has rendered these
commitments difficult to enforce.
With only two years left until the MDGs timeline expires in 2015, commitments
made for human rights need to be reviewed and renewed for the development Agenda
that will follow the MDGs. A strong framework is necessary to keep  States accountable to implementing the
commitments they have made.
In this regard Ms Navy Pillay proposed 10
essential elements to take into account for the Post-2015 Development Agenda:
1.
A human
rights – based approach;
2.
Freedom
from both fear and want;
3.
Equality;
4.
Excluded
groups;
5.
Ending
poverty;
6.
Healthy
environment;
7.
An
international reform to ensure human rights- based coherence at the
international level;
8.
A
universally applicable Agenda;
9.
A strong
accountability framework;
10. Including actors of the private sector.