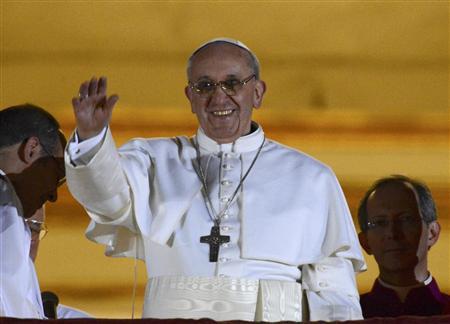 Yesterday evening, Wed. March 13, 2013, the cardinals met in conclave
and elected the new Pope: the Jesuit Argentine Jorge Mario Bergoglio, who chose
the name Francesco. A crowd of thousands welcomed him, despite poor weather.
With his smile and his simple words, the new Pope has now established a
relationship of mutual exchange between himself and the whole community. After
praying for Bishop Emeritus Benedict XVI before the blessing and the final
plenary, in fact, he asked the community for a moment of silence to pray and
bless his mandate. The first South American Pope deserves our solidarity and
prayers. Long live the Pope!