A word leads to an idea. From an idea, something concrete rises. 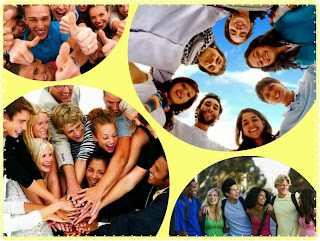 When we think of
an ambassador, we have a solemn picture in our mind: with think of someone with
a high political role, a woman or a man formally dressed, dealing with protocol
and being cautiously diplomatic. Well, embassies represent a golden world,
where you can find warmth and you can have an honest exchange.
While the new
crucial negotiation on nuclear power is happening with Iran at the
International Conference Centre in Geneva, the diplomatic heart of the world,
Sister MariaGrazia and Sister Leonor, together with Maria D’Onofrio, Advocacy
Officer of IIMA Office, completed a tough program of embassies visits. They
didn’t deal with negotiations, but with genuine sharing.
They are very determined
and they worked perfectly together, like a Swiss clock but with an  Italian mechanism and Italian energy. And it
is Salesian, naturally. They went to talk
about young people, for the young people, visiting the Permanent Missions of Italy, Austria, Albania, Ireland, Argentina,
Honduras, United States, Uruguay, Venezuela and Palestine.
They talked in a
straightforward manner, making clear speeches. They did not ask for new
conventions; instead, they desire to act inside the existing juridical frames
for youth empowerment, based on the
human rights. The goal is to call the Governments’ attention to the youth,
so that they can redefine young people’s role, especially focusing on their
right to participation and on the concept of active citizenship. The idea is to
get to a resolution, so that the Human Rights Council can loudly affirm that
young people are integral part of the solution. It is a proper way for
lobbying: by analyzing and putting a spotlight on the issue.
Young people
belong to a vulnerable group in the society, they are often exploited and their
great potential is not taken into consideration, especially in the poorest
areas of the world.
The young
generation that has a complex identity, characterized by distrust in policy and
economic uncertainty. The Salesian struggle fits in this context, the urgent
challenge for a change made by young people, who are the driving force of
humanity in transition.
Involving the
Permanent Missions in Geneva is a tough task. Both political and economic
interests and internal laws of the countries have to be considered.
IIMA and VIDES
goal is to try to get everyone to agree on this important issue, to push the
governments to invest in the future. We make a proposal dealing with youth
empowerment, having its roots in the human rights, and we offer also ways to do
it.
I had the
possibility to participate in the meeting with the Permanent Mission of
Venezuela. Words have to be carefully chosen. I just attended. They welcomed us
with a Latin kindness, smelling like sun, people and sea. I have never been to
Caracas, but I imagine it to be like this. “I am Salesian
too,” said the ambassador, as well as his collaborator, who is a former student
of a Salesian Sisters’ school.
Sister MariaGrazia
and Sister Leonor talked about their proposal and introduced the side-event
that IIMA and VIDES planned to hold next March, during the 25th session of the
Human Rights Council. “Youth Empowerment” is the topic of the event and youth
will be the main character. It will be held in partnership with the Permanent
Mission of Uruguay, while all the Missions we visited in the last days are
invited to sponsor it. The main idea is to share the best practices, for a
visible and constructive social integration. Young people will talk about their
own experience in committing to and trying to change something
in the society they live in.
The Venezuelan
ambassador likes the idea: he thinks it is very important to focus on youth, to
strengthen their initiative and to build a change in the society. He used a
metaphor: “your proposal is like a flame, which gradually expands and then
powerfully burns.”
Later they
visited the Permanent Mission of Palestine. The Ambassador had a very young
staff and he almost read Sister MariaGrazia’s and Sister Leonor’s minds: as
coordinator of the Arabic countries at the Council, he proposed that he would
act as a promoter of the initiative.
Now, after
talking with Venezuela and Palestine, a Venezuelan young woman and a Palestinian
young man are going to share their experience during our side-event. Other
speakers include, an indigenous young man, a French one who lived with the
street children in El Salvador, a Brazilian young man from Belo Horizonte and
an American girl with experience in Africa. No political involvements, no
religious links. It’s just young people who talk for and with others, sharing
their experiences.
My Geneva, Tower
of Babel of languages and international heart of the world, teaches me
something everyday. Today I learned the strength of words, of dialogue, that
leads to action, to build a future.
Recent days have
been very intense, but we cannot claim triumph yet. We still need to make
several embassies aware of youth issues. We will not know until the last moment
if they respected their commitment. But we had our first victory: we planted
some seeds.
And one day,
after getting to another goal, someone will ask: “who fought for us to have our
voice heard?”