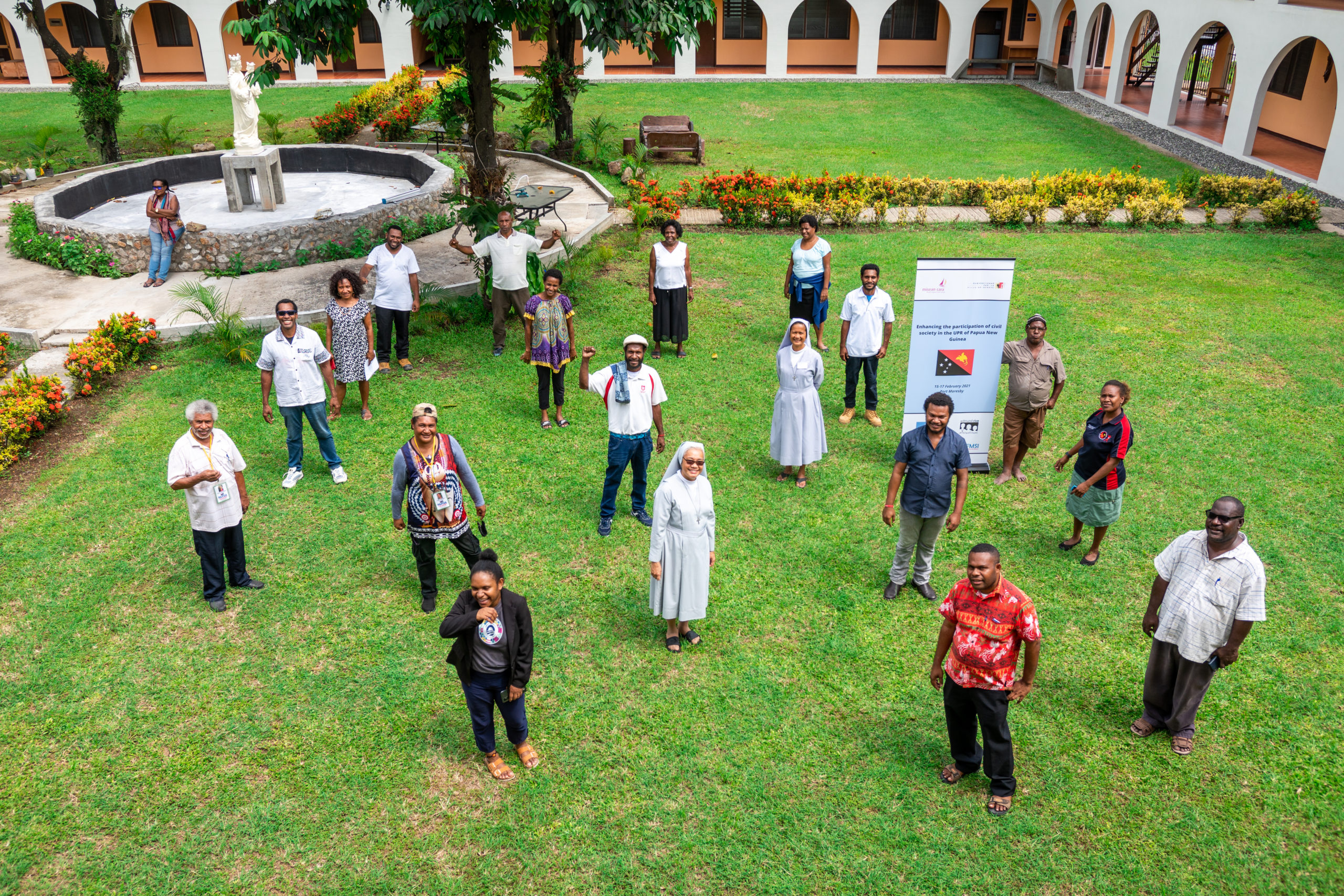 The three-day conference-workshop was a project sponsored by the International Catholic Center of Geneva (CCIG). The project’s aim is to help civil society actors to acquire a methodology for reporting, monitoring and following up the most pressing issues affecting human rights in Papua New Guinea through the UPR process.

The main objective of the conference was to help the participants draft a PNG-UPR submission to be submitted to  the United Nations Office of the High Commissioner for Human Rights(OHCHR) and to come up with an advocacy plan.

The organizers in Geneva participated via Skype and sent in the training modules on UPR, how to draft a UPR submission and how to elaborate an advocacy plan. The participants worked mostly according to their areas and at the end of the three days, each group came up with a draft of the PNG UPR Submission. This is a work in progress so the groups will continue networking in order to finalize the submission to the OHCHR and to draft an advocacy plan.