YOUTH EMPOWERMENT: our Side-Event to build the Future 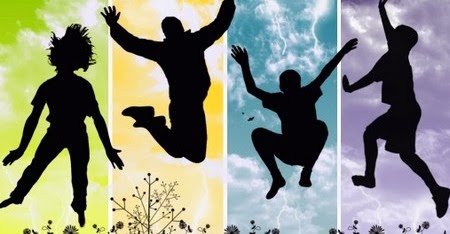 These 25 Permanent Missions, along
with the Office of the High Commissioner for Human Rights, have now committed
to co-sponsoring the Side-Event which IIMA and VIDES International are
organizing, together with the Permanent Mission of Uruguay. It will take place
on the 11th of March and is entitled “Youth Empowerment through a
human rights-based approach”. It has been recognised that we are the first to
raise this topic.


The contemporary youth deserve
special attention: they have huge potential but it is not adequately considered
and valued. If we look back to the protests
movements originating the Arab Spring, we realize young people were in the
frontline, indignant because society denies their right to be heard, to choose
their present and to set their future. It is a generation waiting for
education, a political role and freedom. While on the one hand it is a breath
of fresh air, on the other, it is a disgrace that young people have not been
involved in the decision-making process following the protests. Unemployment
and a financial crisis have exacerbated the situation.
Thus, the Side-Event fits perfectly
with the global context, representing both a finish line as a result of public
outcry and a starting point for adequately valuing our young people.
This event is the result of a long
process of hard work consisting of several steps: the observation of the
reality for young people, the ILO resolution adopted at the 101st
International Labour Conference in June 2012;
the Expert meeting on the human rights of youth organized by the OHCHR
in July 2013; IIMA and VIDES crowd sourcing in Latin America to gather
experiences directly on the field, and the meetings with several Permanent
Missions in Geneva to raise awareness about youth and to promote the Side-Event
and ask for sponsorship. The aim is to have a bigger commitment by Governments
in order that they compromise their interest for the benefit of young people,
promoting policies for young people and through young people.
This initiative maintains continuity
with the previous Side-Event organized by IIMA and VIDES in July 2013 on “Youth
Empowerment, which strategies?” aimed at disseminating best practices.
It is important to work through
Human Rights as only when fully enjoying their rights can young people renew
the society they live in. They have a political and civil destiny to be
initiators for change.
The panel will for the most part
consist of young people presenting their direct experience of promoting human
rights. Other speakers will include Jorge Cardona, expert of the Committee of
the Rights of the Child, and Imma Guerras, OHCHR representative dealing with
youth policies. An interactive debate with the delegates from Governments will
follow these speakers.
Sponsorship by many Governments indicates
the worldwide recognition of the importance of this topic and the will of all
these States to commit in a more active and effective way. Youth empowerment
can be source of a fairer society, giving the young a role in encouraging
renewal. It enables young people to learn how to make their voices heard and
creates an environment where adults can learn how to listen to them.  The Side Event will be an occasion for
constructive dialogue with Governments representatives so that the question of
youth can be moved upwards on the political agenda.
There is no doubt that, in raising
awareness in the Permanent Missions, we have already taken the first step
towards a more concrete commitment.