A Struggle toward Dialogue in the Right to Peace 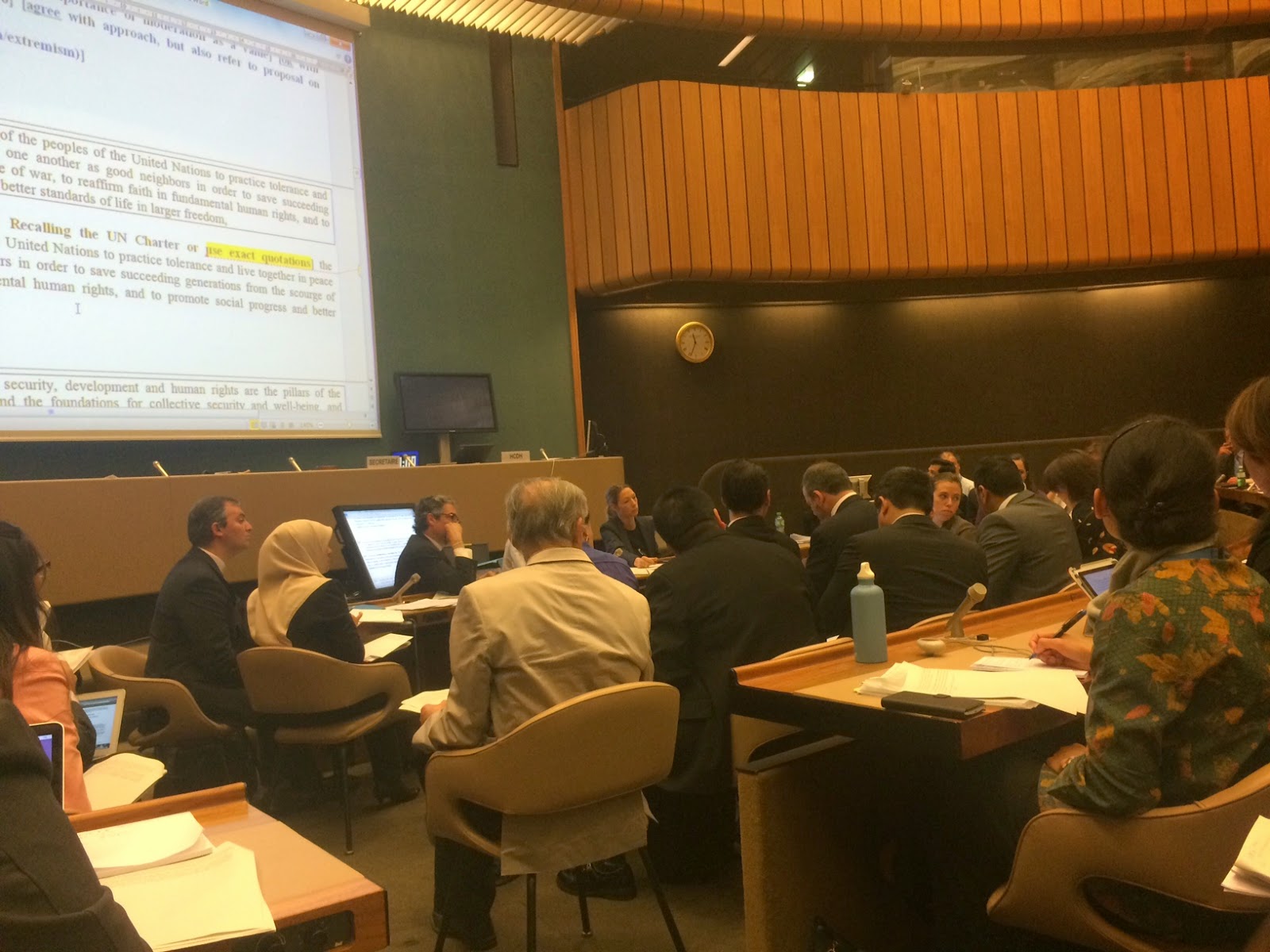 Last
week, April 20-24, IIMA and VIDES participated in the third session of the intergovernmental
working group on the Declaration of the Right to Peace. This is the last
session before the text of the Declaration is presented before the Human Rights
Council, so it was in everyone’s interest to come to a consensus by
Friday night, though it is unclear what will actually be the final version
until the Human Rights Council meets.
Led by
Chairperson Christian Guillermet-Fernandez, Ambassador of Costa Rica, the
Working Group took various forms, sometimes formal debate, other times through
informal negotiations and consultations. The major point of conflict,
unfortunately not a new one, was whether or not the right to peace even exists
as a legal human right to be protected at all. Those against acknowledging the
right consisted of the United States, Australia, South Africa, the European
Union, Canada, the Republic of Korea, and the United Kingdom, while those in
favor were the basically all the remaining countries in attendance, led by
Tunisia, Iran, Russian Federation, Brazil, Cuba, India, and Uruguay.
On
Tuesday morning, IIMA and VIDES issued an intervention to call special
attention to peace education within the Right to Peace and the role of young
people as the promise of changing societies for the better. The global
challenges faced by young people have been unequivocally recognized by the
international community. To address these challenges, IIMA and VIDES suggest
that this working group also focus on the rights of youth to place them high on
the list of priorities, as protagonists and not as mere objects of governmental
measures and actions. The intervention was supported by United Network of Young
Peacebuilders (UNOY), and the language regarding education was proposed by Cuba
and supported by Brazil. The language is included in two paragraphs of the
Preamble of the final document.