The role of statistics in migration policies 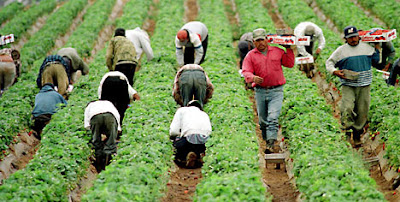 On April, 22 2013 the IIMA Human Rights Office
took part in a meeting concerning “The
role of migration statistics for treaty reporting and migration policies”, at
Palais Wilson in Geneva.   The discussion was organised by the UN
Committee in the Rights of All Migrant Workers and Members of their Families
(CMW) and also attended by representatives of Governments, UN Committees,
International Organizations and various NGOs. The meeting was aimed at focusing on the
importance of statistics concerning migrant workers, particularly immigration
and the basic human rights of the workers and their families. Many
authoritative experts, including representatives of the Program on the
Elimination of Child Labour of the ILO (International Labour Organization), the
Office of the High Commissioner for Human Rights and the International
Organization of Migration (IOM), underlined that the lack of precise data and
accurate statistics is a major roadblock that denies the ability to elaborate
adequate policies for migrants, especially protection of their rights.
During the meeting experts discussed the
problems that originated from the lack of good statistics on migration, but
also made proposals and highlighted  good
practices already in place.  One of the
practices mentioned was the Voluntary System on Migrant Smuggling, presented by
the UN Office in Drugs and Crimes, which is an internet-based system where the
States can provide data on national irregular migration, migrant smuggling and
on national policies adopted to face the problem. Another presentation involved
the IOM database on trafficking of persons, which is based on information
directly provided by victims to better understand and prevent future
occurrences.  Mr. Rush, Professor at
Oxford University, proposed to create a global migration database accessible to
the public through an internet website, which would be a useful instrument not
only for social experts to have a clear perception of the phenomenon, but  one that could also positively affect public
policies concerning migrants’ rights.
During the general discussion, many
State-representatives and members of the Committee took the floor to emphasis
the fact that migrants are, above all, human beings living in difficult
situations and needing special protection. Even if statistics seem to be very
distant from migrants’ problems, they can play a fundamental role for the
elaboration of policies directly concerning the rights of migrant workers.