Leave no one behind: think, decide and act together against extreme poverty 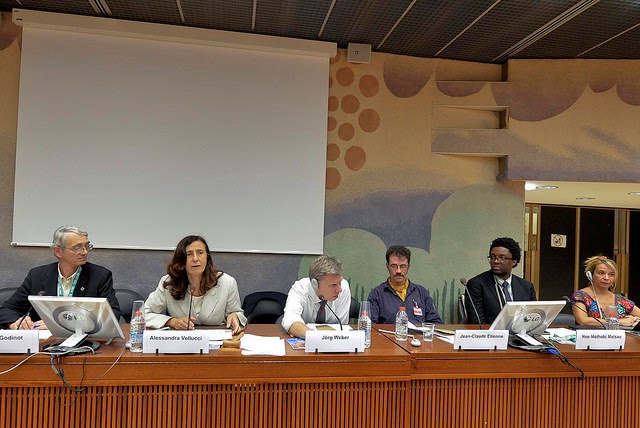 The
International Day for the Eradication of Poverty has been commemorated
consistently since 1993, when the United Nations General Assembly, by reslution
47/196, assigned this day to raise familiarity with the need to eradicate
destitution and desperation in all nations.
Battling neediness stays at the
center of the Millennium Development Goals (Mdgs) and the advancement of the
post-2015 development agenda. The 2014
subject perceives and underscores the requesting test of distinguishing and
securing the investment of those encountering great destitution and social
prohibition in the “Post-2015 Development Agenda” that will supplant
the Millennium Development Goals. The official commemoration on 17 October 2014
at UN Headquarters was an occasion to recognize people living in poverty as
critical partners for fighting the development challenges we face. The
commemoration at the UN was organized in partnership with the International
Movement ATD Fourth World, the NGO Sub-committee for the Eradication of Poverty
and the UN Department of Economic and Social Affairs, supported by the Missions
of France and Burkina Faso to the UN.
The
International Day for the Eradication of Poverty was seen at the Palais des
Nations in Geneva, where the recognition grasped the same general subject as
the occasion in New York where it was too seen. Composed by the United Nations
Office in Geneva and the International Movement ATD Fourth World, the
celebration offered a message from the UN Secretary-General, a short feature
representing the circumstances for individuals in compelling destitution in
Geneva; an announcement by Ms. Magdalena Sepúlveda Carmona, Special Rapporteur
on human rights and extreme poverty; a presentation of the previously stated
three-year exploration undertaking headed by ATD Fourth World; and affirmations
from individuals encountering a circumstance of great destitution. The
occasion, directed by Ms. Corinne Momal-Vanian, Director of United Nations
Information Service in Geneva, underscored that neediness is brutality for
those confronting it. Different speakers that encounter such neediness,
accordingly, communicated their yearning to be more included out in the open
verbal confrontations on extreme poverty. The event further highlighted that
great destitution affects silence, prohibition and dismissal. It approached
members to help the battle against amazing neediness and to assemble peace. At
last, Ms. Momal-Vanian finished up by accentuating that compelling extreme
poverty must be tended to through upgraded participation among diverse
performing actors, including the UN, Member States, common society and
different stakeholders.
“Poverty is
a color, and there are different shades to a color.” –by Unknown committee
attendee
Help the
United Nations to raise awareness about the progress made and the challenges
that remain for people living in poverty. Use #EndPoverty to post your messages
about the MDGs and the International Day for the Eradication of Poverty.