Conference on Female Genital Mutilation at the United Nations in Geneva. 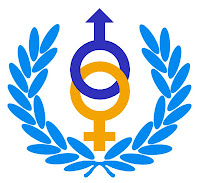 On 10th October IIMA participated in a panel
organized by the Global Alliance against FGM on the most effective approaches for
a successful fight against genital mutilation of babies, girls and women.

Female genital mutilation (FGM), also known as female genital
cutting and female circumcision, is defined by the World Health
Organization (WHO)
as “all procedures that involve
partial or total removal of the external female genitalia, or other injury to
the female genital organs for non-medical reasons”.

Mariam Namogo, Coordinator of the project SILE (Soutien aux Initiatives Locales dans la
Lutte contre l’Excision), from Mali, stated that women education
is the first strategy to combat this traditional practice. There is no doubt on
the circumstance that this practice hurts women physically and psychologically
given that it can cause illness and death. The project carried out in Mali is having
good result on developing a culture of respect for women’s health and physical
integrity. In particular, trough music, art and public debate it is possible to
educate girls and women on the danger related to this practice.

Elisabeth Wilson, member of Global Alliance, explained that female
genital mutilations are degrading to women, have no ground in Islam and negate
the United Nations charters on human and women’s rights. Moreover, men must also be considered
targets of the awareness campaign and need to be taught about dangers and risks
of this practice, since men are fathers, brothers and husbands of the victims
and they are the decision makers in the villages. Given that infibulations is
not a cultural practice but is considered like a rite of passage to the
adulthood, man  have a fundamental role
in persuade women and other men of the community in abandoning this harmful ritual
although they still seem reluctant about its eradication.
Holger Postulart, another member of the Global Alliance explained
how this problem is not confined in Arabian and African countries, but also in
Europe and America.
Moreover, he stressed out that the association financed mobile emergency units
on the fields for medical and psychological treatments.
The effort made by Global Alliance is commendable and
participants from different delegations, like Burkina Faso, hold up on the
initiative giving their support to the campaign.